Home / Blog / An update from us at Excelsior, and a rare upside for the UK economy

The last 9 months have been totally unprecedented in lots of ways, and like nothing most of us have ever experienced. Such dramatic and widespread changes to our lives haven’t been seen on this scale since the end of the last world war, and for most people, this will end up being the most challenging year in living memory. But despite the hardship we’re dealing with as a nation, there are reasons for optimism – not just for us personally here at Excelsior, but for the whole of the UK.

Back in March, we were lucky to have a significant number of high-volume products with demand through 2020 and beyond here at Excelsior, and these enabled us to keep the majority of our roto moulding machines running. As with most companies, we did see an immediate drop in sales of certain products and therefore had no choice other than to furlough some staff for a short period of time.

However, we quickly found that we were able to maintain very good output, and that some sectors were outperforming any budgetary expectations for the year. Our Equestrian products, for example, have continued to grow significantly both throughout the UK and Europe. Our Classic Showjumps brand is well known throughout the Equestrian trade and we have some very proactive trade accounts who quickly realised that riders were at home with little to do other than ride. This led to increased expenditure on equestrian products so there seems to be no doubt that the lockdown had a positive knock-on effect for sales into that sector.

Our contract moulding operation has also gone from strength to strength lately with the addition of some high-volume accounts from across the UK, and some very well-established local customers whose sales have grown significantly despite the lockdown. One such customer manufactures a vast array of feed silos requiring roto moulded components, and with the farming sector being so buoyant and vital to the economy, we have benefitted from that consistent up-turn in demand, which is fantastic news.

Buying British is more important than ever

For all of us here in the UK, buying British has never been more important. Arguably one of the very few upsides to come out of this pandemic is a freshly heightened awareness of the economy amongst members of the general public, and a firm resolve to do what they can to support it. 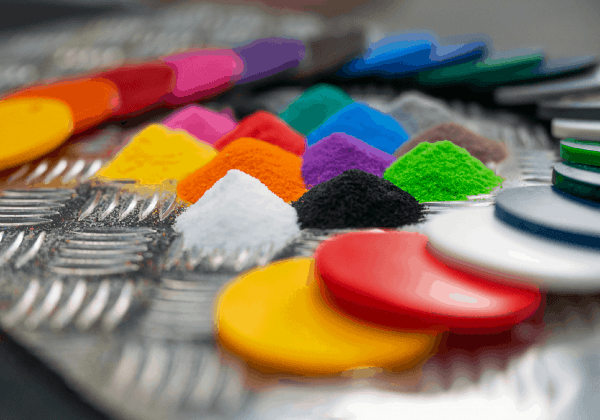 The Independent was amongst several national observers to comment on this trend as we move closer to Christmas, and the not-for-profit organisation Made In Britain carried out several recent surveys that quizzed Britons on this topic, from individual consumers to purchasing and procurement decision makers are British firms.

Some of their key findings included:

Four in ten also believe that the pandemic will ultimately reshape British manufacturing for the better.

It all makes for some positive reading, and it’s certainly being reflected in our own recent experience here at Excelsior. It seems to us that companies are now very keen to get back to business, to push forward with projects which were perhaps on hold but could not wait any longer, and who can blame them?

The volume of enquiries we’ve received during the second half of this year has been fantastic, as has the conversion rate. Where possible we have met with customers face to face, but in many cases we have made use of Zoom and Teams calls both with customers and internally with staff, and both platforms have been extremely useful – it is now impossible to envisage a future without them as people change and adapt their working practices accordingly.

The vast majority of people I have spoken to are saying the same thing – we want to buy British and avoid having to buy overseas from countries like China if there is a suitable option right here in the UK. Clearly it just is not always possible to buy British, but we firmly believe that where companies have a choice, it is fundamentally the right thing to do.

To illustrate the point, we have recently won an account with a global, Japanese owned and run company who are significant suppliers of machinery into the food industry. Previously, they were purchasing their tooling from India but have decided to make the switch to the UK, so our tooling company have benefitted as have we. There are several tools that are currently located in India which will be brought to the UK for us to run, a sure sign that things are beginning to change.

As we all know, costs have risen in China and India, which has probably contributed to this shift, but in my opinion the most important thing is that people buy from people. And if you offer the right service, it’s our firm belief that it goes a very long way to convincing these companies that the UK is the place to be.

We all need to learn as much as we can from this pandemic, and one of the most important lessons of all is that there are huge opportunities on your doorstep if you are just prepared to look, and that applies to business, leisure and just about anything.